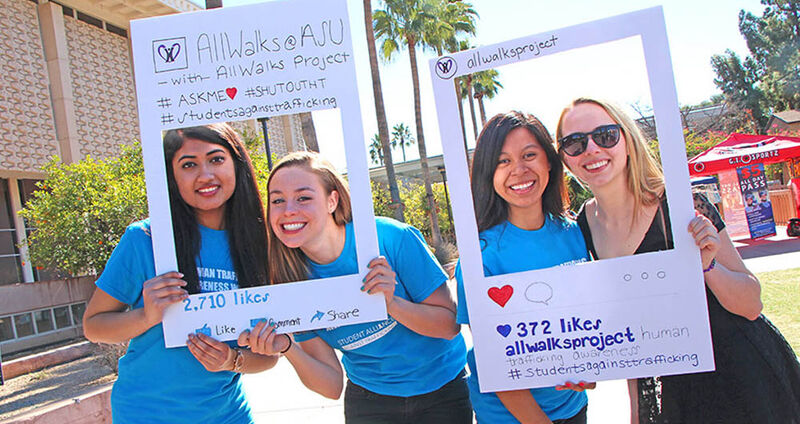 The International Labor Organization estimates that at any given time 24.9 million people are trapped in forced labor worldwide. These enslaved men, women and children generate $150 billion per year in illicit profits for traffickers, making human trafficking the second most profitable organized crime in the world. Victims are forced to work under threat or coercion as domestic workers, on construction sites, in factories, on farms and for commercial sex. One in four of these victims are children.

Please join us in raising awareness and inspiring the next generation of leaders to take action in the fight to end trafficking. Together, our potential is limitless.